… the thrill of the krill 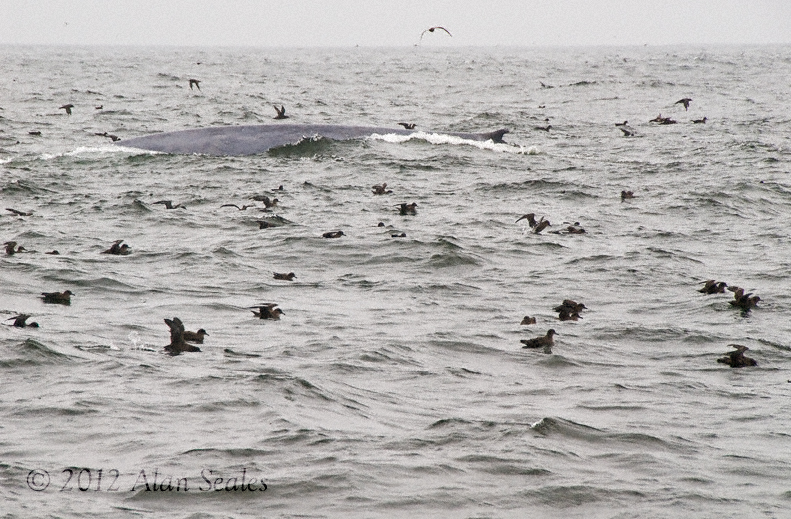 In our mostly calm Pacific waters, a grace we almost consider commonplace, we are experiencing a once in our lifetime event. The abundance of krill has drawn large numbers of blue whales to graze here in the Monterey Bay. They are joined by the annual humpback whale migration in larger numbers than usual.

The sight of these creatures, in the foggy, grey expanse from the bow of a 60′ boat, created a joyful, thrilling experience for us, very ordinary folks, to witness an extraordinary display of grace and humbling natural beauty. The blue whales who now feed on the krill in the Monterey Bay surface as gentle submarines. They are easily 90-100 feet long – the largest creatures ever on earth. This summer, there could be as many blue whales feeding now as the annual humpback population migrating here. Naturalists estimate there could be possibly a hundred blues in the Monterey Bay area now. 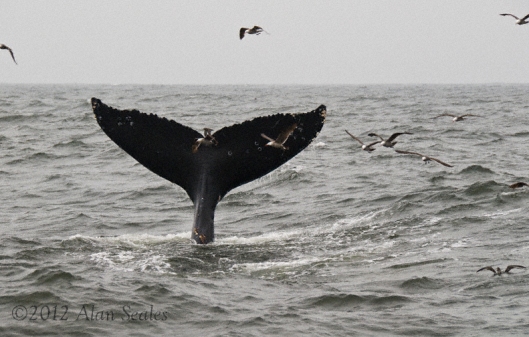 In the bay, the water spouts appear as the whales exhale, like a display of aquatic firework explosions. It is hard to take in all the whales who seemingly apparate on all sides of you. Blues and humpback whales surface and blow. The acrobatic humpbacks, displaying grooved, open jaws or maybe their dorsal fins, and barnacle-encrusted tails, may exit with a fluke flourish. Just as a horde of puffins might mark the swarm of salmon in more northern fishing waters, the throng of gulls, pelicans and other birds join the ballet where the krill is most dense. 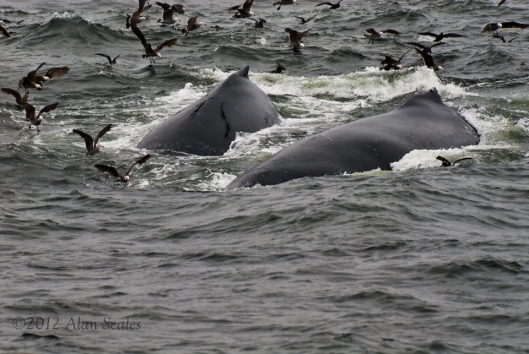 Although humpbacks are also known for creating bubble nets to cooperatively feed, what we witnessed were surface feeding behaviors, breaches, dives and fluke displays…all amazing in their grace for such magnificent and huge creatures.

♥ special thanks to Alan Seales for sharing some of his images from Thursday, and to friends Patty, Nicki & Jeff for sharing their wild enthusiasm and the impetus to get out on the water ourselves.  We took a whale-watching cruise with Stagnero’s, which is billed as a 3-4 hour cruise…though without the professor and Mary Ann.

4 thoughts on “a three hour cruise, with blue submarines”