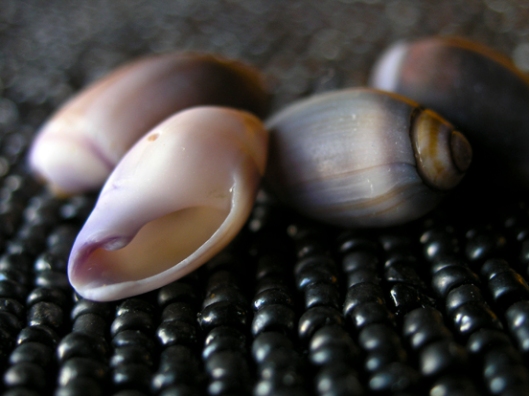 Time can etch vivid notions and images, which are totally distorted with age, and you can discover that you have remembered something in excruciating but exactly wrong detail. Changes to the landscape you visited as a young child can leave you puzzling as to where it went…the right road, trail, steps to the beach that yielded buckets of little shells that you treasured as much as your grandmother’s button tin.

For my preteen years into young adulthood, we spent many summers visiting the central coast of California, where my mother was born and her cousin and aunt lived. The great-aunt who helped arrange my grandparents’ marriage back on an island in Greece – a celebration retold to me when I visited the street where my Thea Niki and her cousin Irene grew up in neighboring houses, Thea was my connection to the grandmother I never met, my namesake. 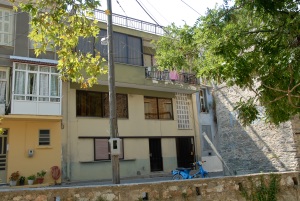 In 2006, I sat on the same Aegean beaches, with my feet in the water where the two young cousins had spent their summers, and understood how, half a world away, the love of the ocean had to be a tie to the old country. Cut to my own childhood, when we spent early mornings clamming on the California coast near the beach house my great aunt built in a small little coastal hamlet, and two images which are still bright in my memory: Thea, standing barefoot on the beach against the rock cliff, cracking a clam against the rock to sample it then and there; a second sight of her swimming, out past the waves, nearly to the end of the local pier, while in her 70’s.

As the clams became scarce, we found ourselves slaves to the tide tables for predawn trips south to Pismo and Avila. My recent visits there over the past few years kept leaving me puzzled and lost. I did not recognize Avila at all, and could not identify the spot where we accessed the beach at Pismo or Shell Beach. I quizzed my cousins a few months ago since I did not recognize the beach I hauled my shell treasures from. That was the source for a good laugh, then my male cousin coughed and said, “you mean Shell Beach”. Well I guess I did but I didn’t recognize the housing and resorts. So I vowed to go back.

Clever friends found a good bargain at one of those resorts following the holidays. Looking out of our room I found I was only a few feet above the trail for coastal access, and on our last morning, we spent time on the beach where I passed some very magical hours growing bound for life to this bit of coast. The fairly ordinary shells I seek are not precious or rare. They are shaped like little olives, in sizes nearly the size of the distal phalanges of your little or ring finger, or almost as tiny as the jewel shells of Ni’ihau though perhaps only so valuable to me, Olivella biplicata. The most common are the smaller, immature ones in shades of purple and blue.

Discovering these little gems in the pebbly bits of sand, in the quiet of the morning, is part of how my childhood was made normal. Despite the oddness of being a kid with only one parent, something that easily set our family aside from others in the 1960’s, and being new to the town where we had just moved, the summers with my mother’s family, spent at the beach with my other young cousins and my sister, aunts and uncles who surrounded us with care and ties to our Greek family, we felt not so odd or alone. We rarely made the trek to Solvang – instead an æbleskiver pan and recipe were kept at the beach house.

Returning as a fully caffeine-loving adult, I rediscovered Shell Beach & Avila, now mostly recovered from a 1990’s oil contamination, and I plan to return. After all, we know where to get our morning coffee.

We have no trouble finding where to get lovely wine* either. Just a challenge of cellar management!

May your winter include some lovely sips, even if you are somewhere very cold and snowy, baking bread for other ice-bound neighbors in cold climes. ❦

*The number of excellent vineyards and winemakers in the Paso region is staggering (now over 180) as well as nearby Foxen Canyon, Los Olivos, Santa Ynez & Santa Barbara.